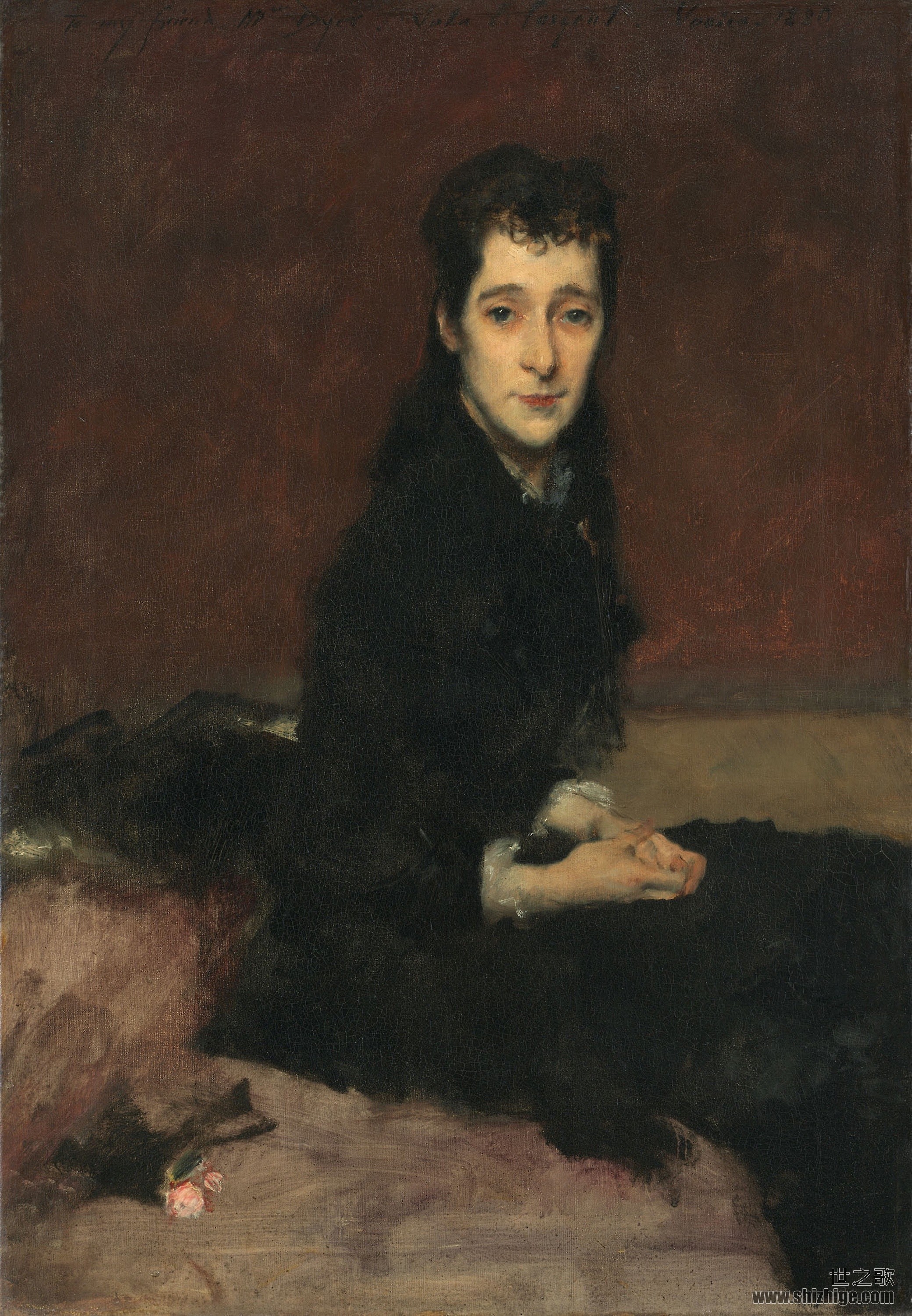 The sitter and her husband, the painter Charles Gifford Dyer, were part of an expatriate community of American artists that lived and worked in Europe in the late 19th century. John Singer Sargent painted this portrait during his first extended stay in Venice as a professional artist. Rather than a formal commission, the work likely served as a souvenir of friendship and shared experiences. Its relatively small scale and the background’s thin, quick brushwork suggest that Sargent completed the canvas in a single sitting. The painting’s dark tones and limited palette are reminiscent of Spanish masters such as Diego Velázquez, whom Sargent looked to in particular during his student years in the late 1870s, and indeed throughout his career. 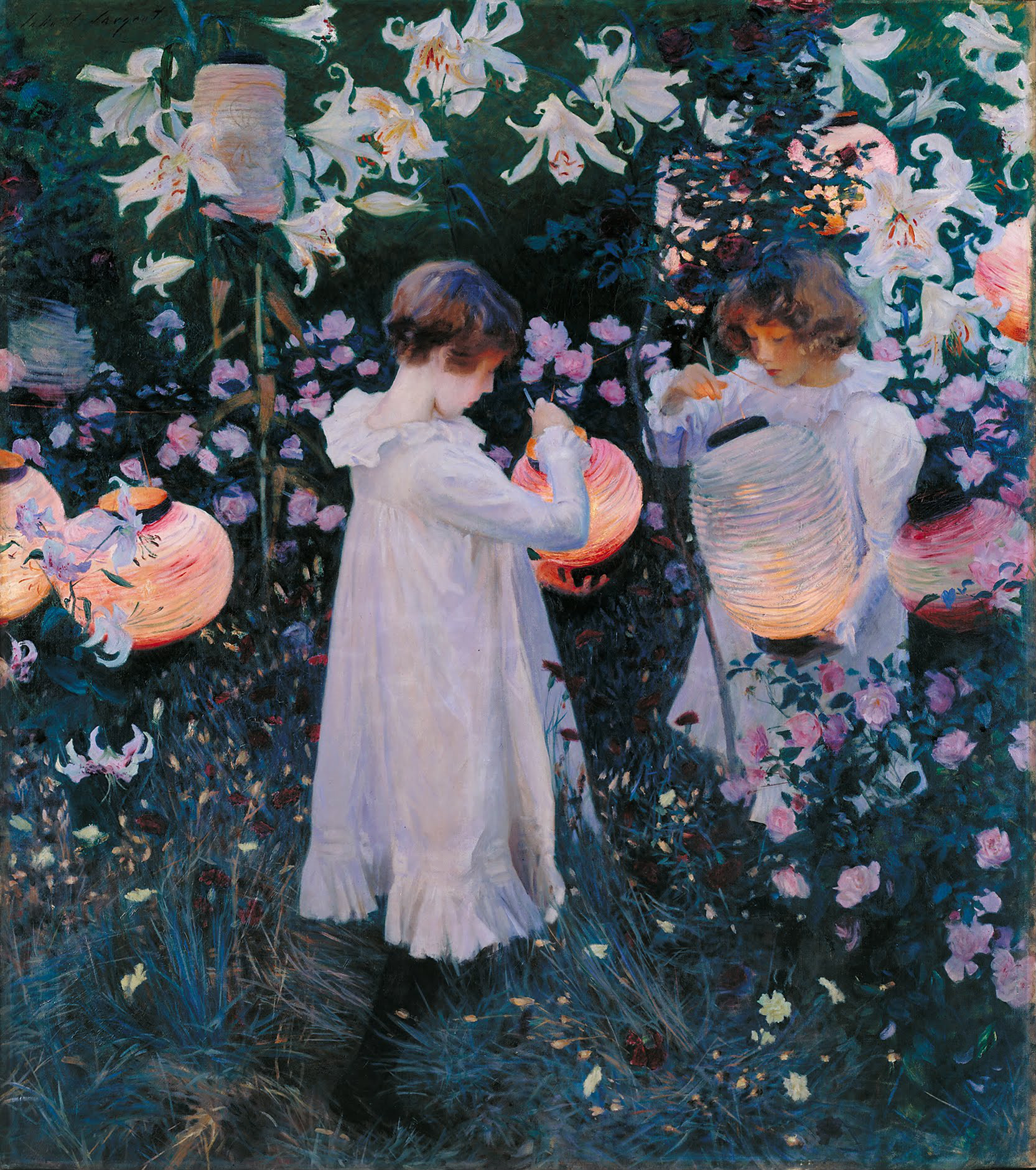 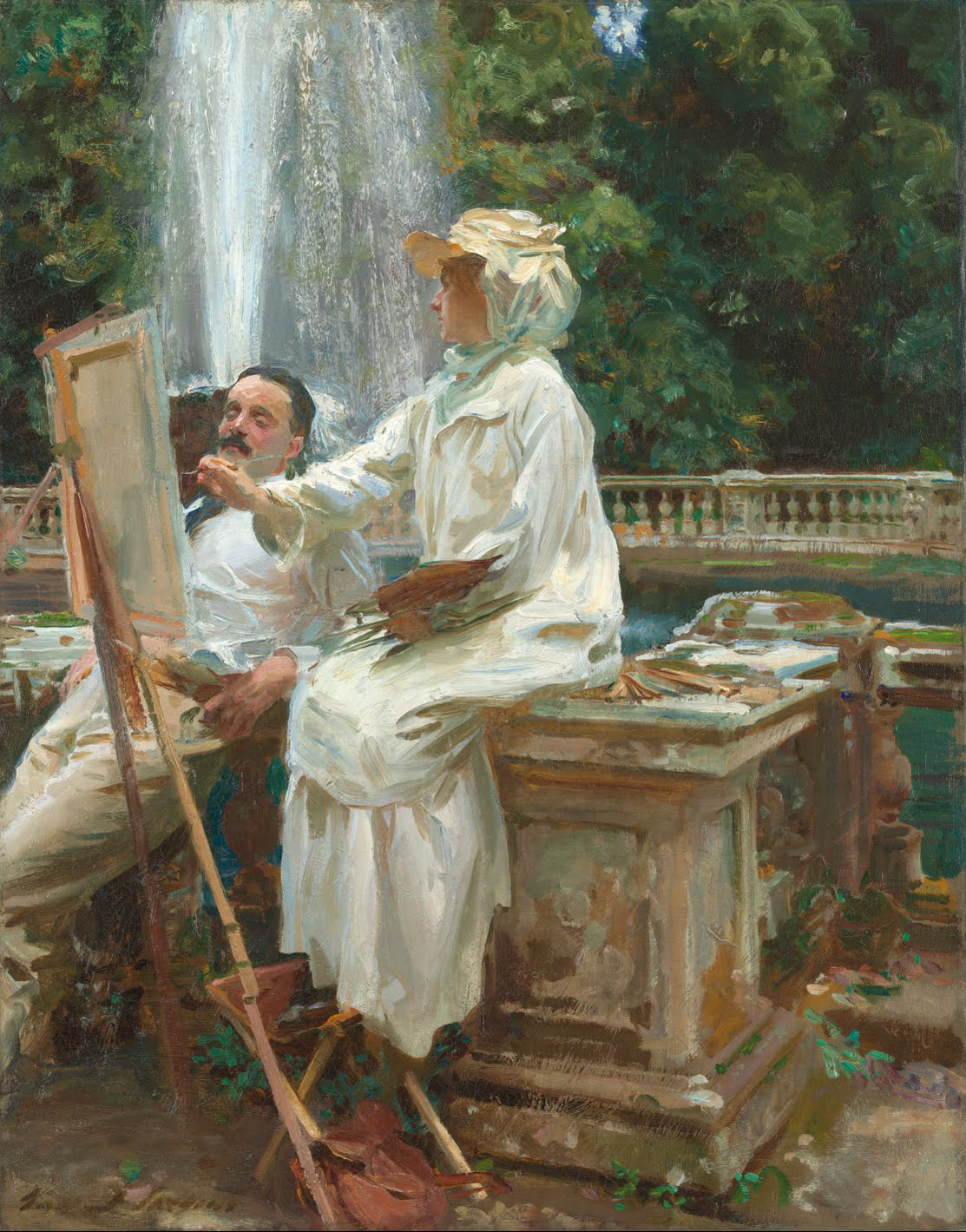