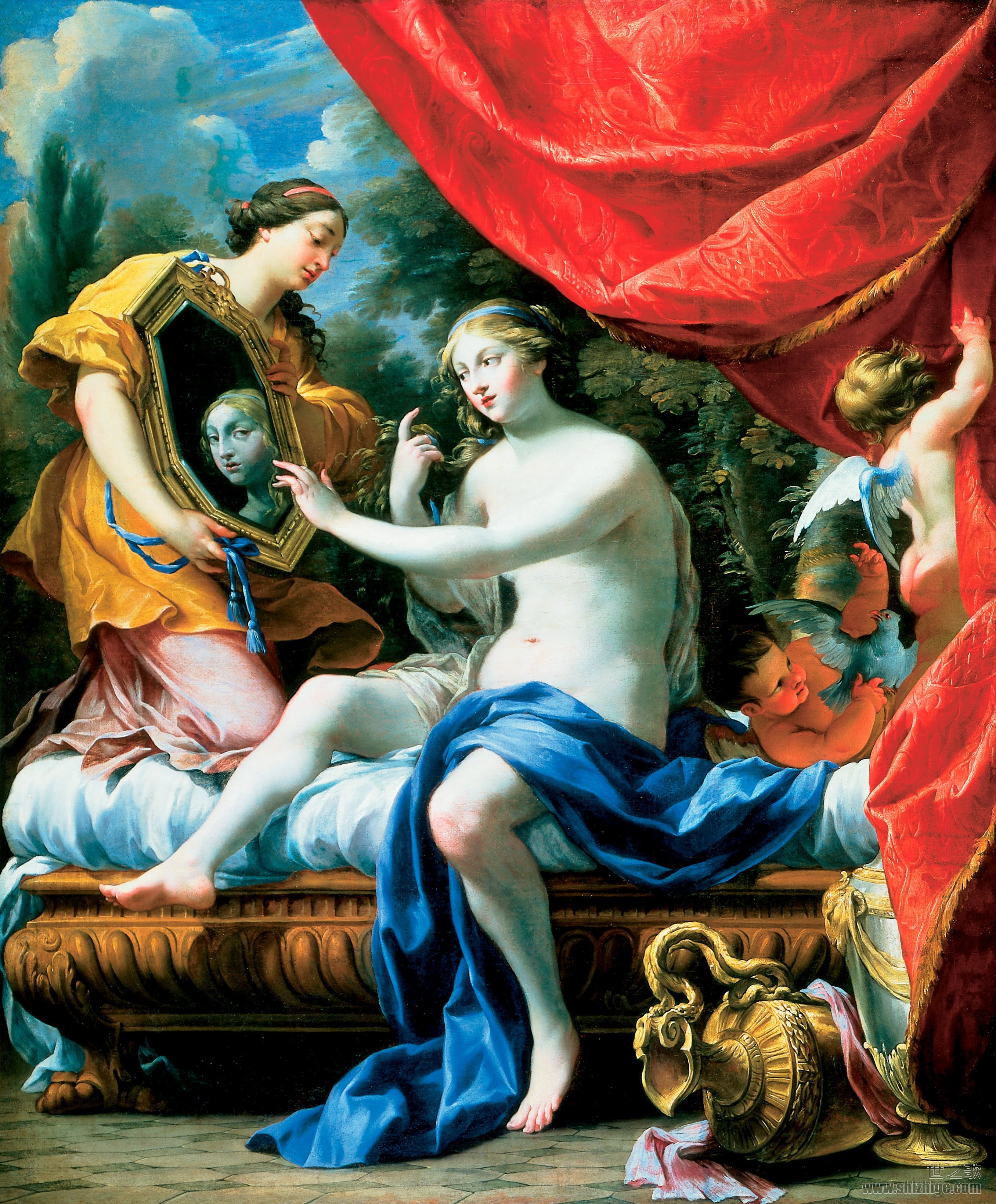 Simon Vouet, who trained and lived in Italy for fifteen years beginning in 1612, was summoned back to France in 1627 to be the principal painter to Louis XIII. Vouet was responsible for introducing to France elements of the high Baroque style of painting usually associated with artists such as Caravaggio and Peter Paul Rubens. In "The Toilette of Venus," the ancient Roman goddess of love admires herself in a mirror, while "amorini" (“little loves” or cupids) play nearby. A clue to the picture’s precise meaning comes from a similar work, an "Allegory of Prudence," in the Musée Fabre, Montpellier, France. In that painting, the face reflected in the mirror is an idealized image of Anne of Austria, then the widow of Vouet’s patron Louis XIII. The same face appears in the Cincinnati picture, which at one time belonged to Madame du Barry, mistress of the eighteenth-century French king Louis XV.When this painting hung in Cincinnati's Sinton Hotel, Venus wore a red drapery that completely covered her body. It wasn't until the painting was X-rayed that the cape was revealed as a late eighteenth- or early nineteenth-century addition. Meticulous cleaning exposed Venus as Vouet originally painted her. 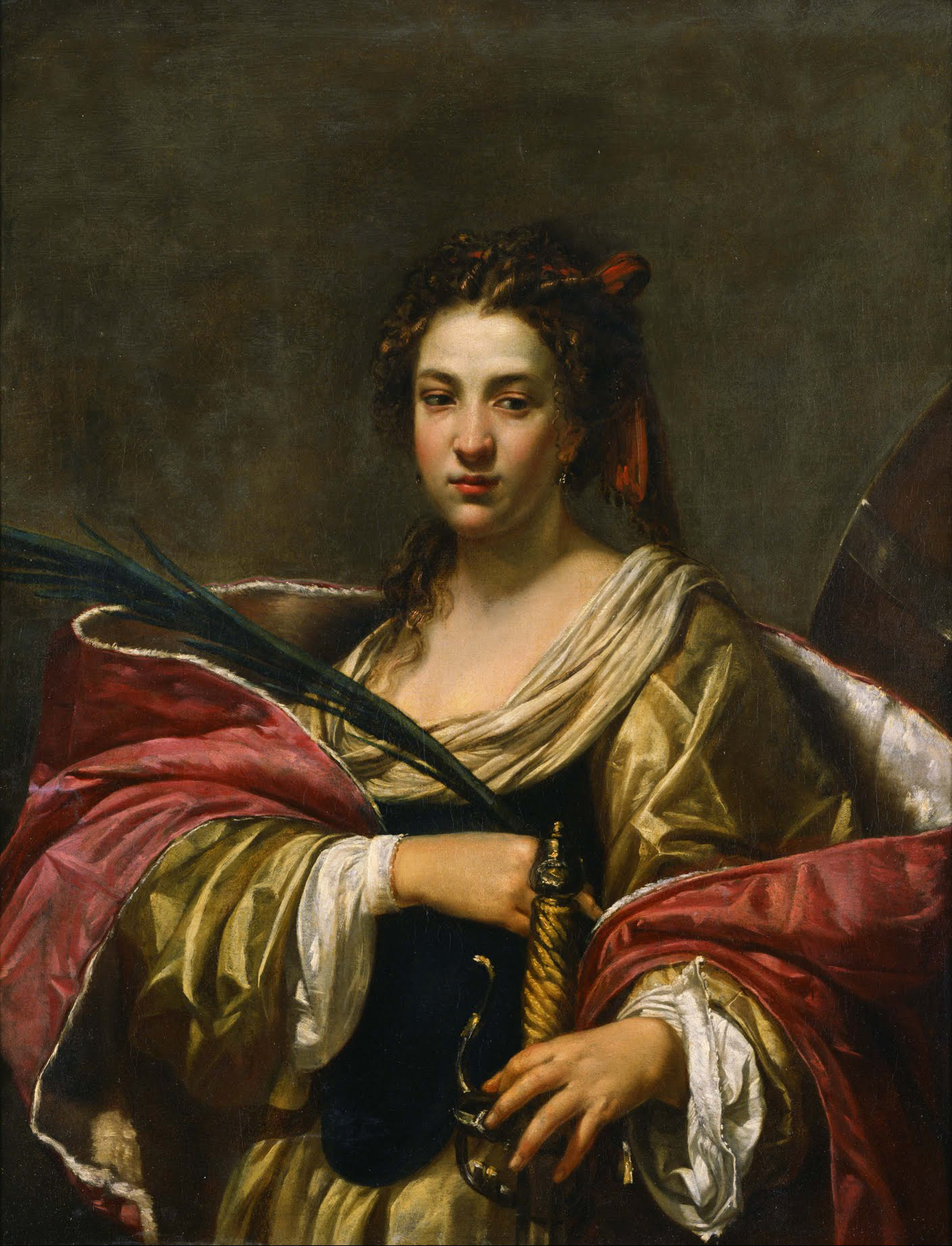 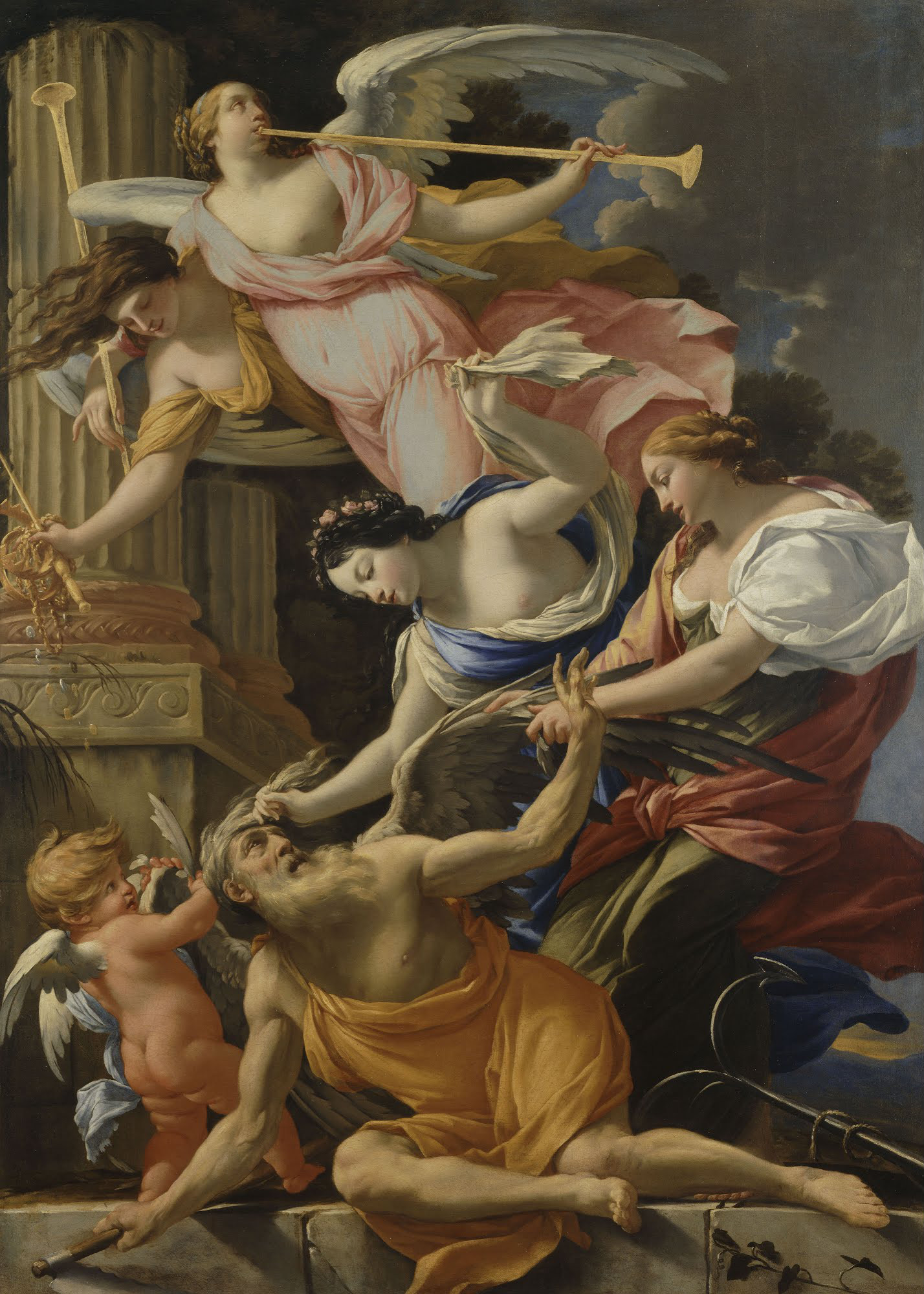