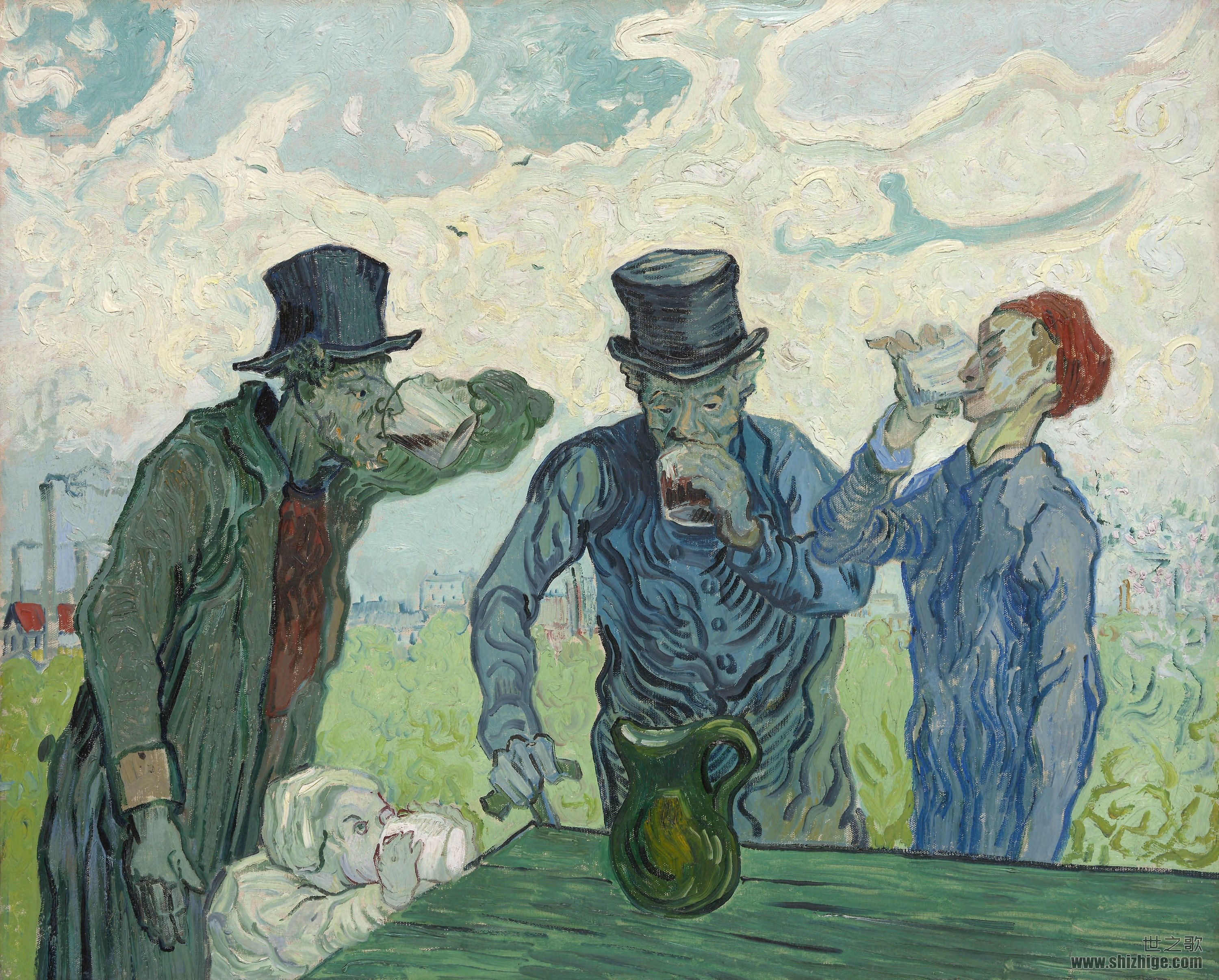 During his time in the Asylum of Saint-Paul in Saint-Rémy, a small town near Arles, Vincent van Gogh made a number of copies of the work of artists he admired, which freed him from having to produce original compositions and allowed him to concentrate instead on interpretation. For this image, Van Gogh copied a wood engraving from Honoré Daumier’s Drinkers, a parody on the four ages of man. The exaggerated figure types capture Daumier’s characteristic humor and convey his sad message about the horrors of alcoholism. The greenish palette may well be an allusion to the notorious alcoholic drink absinthe. 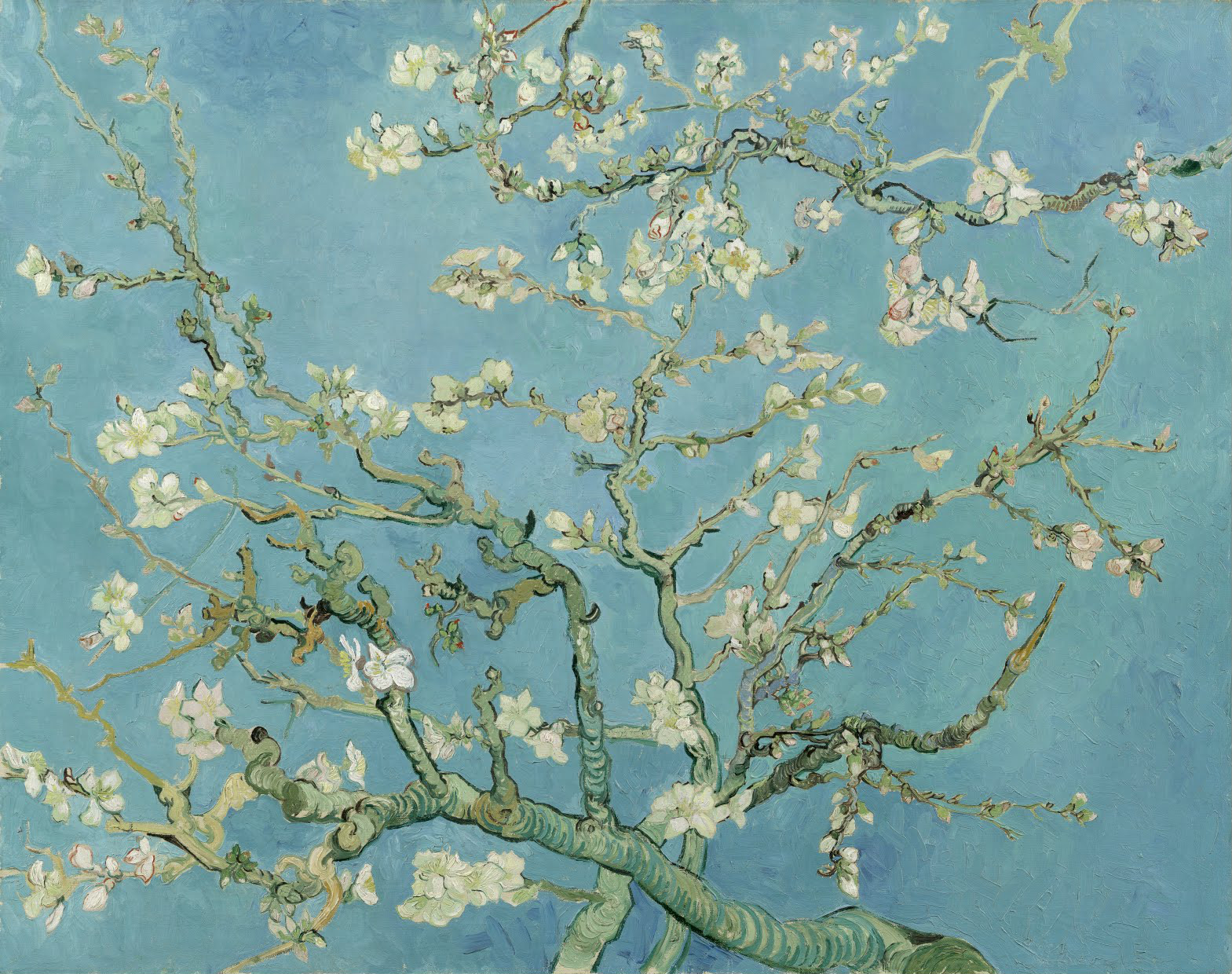 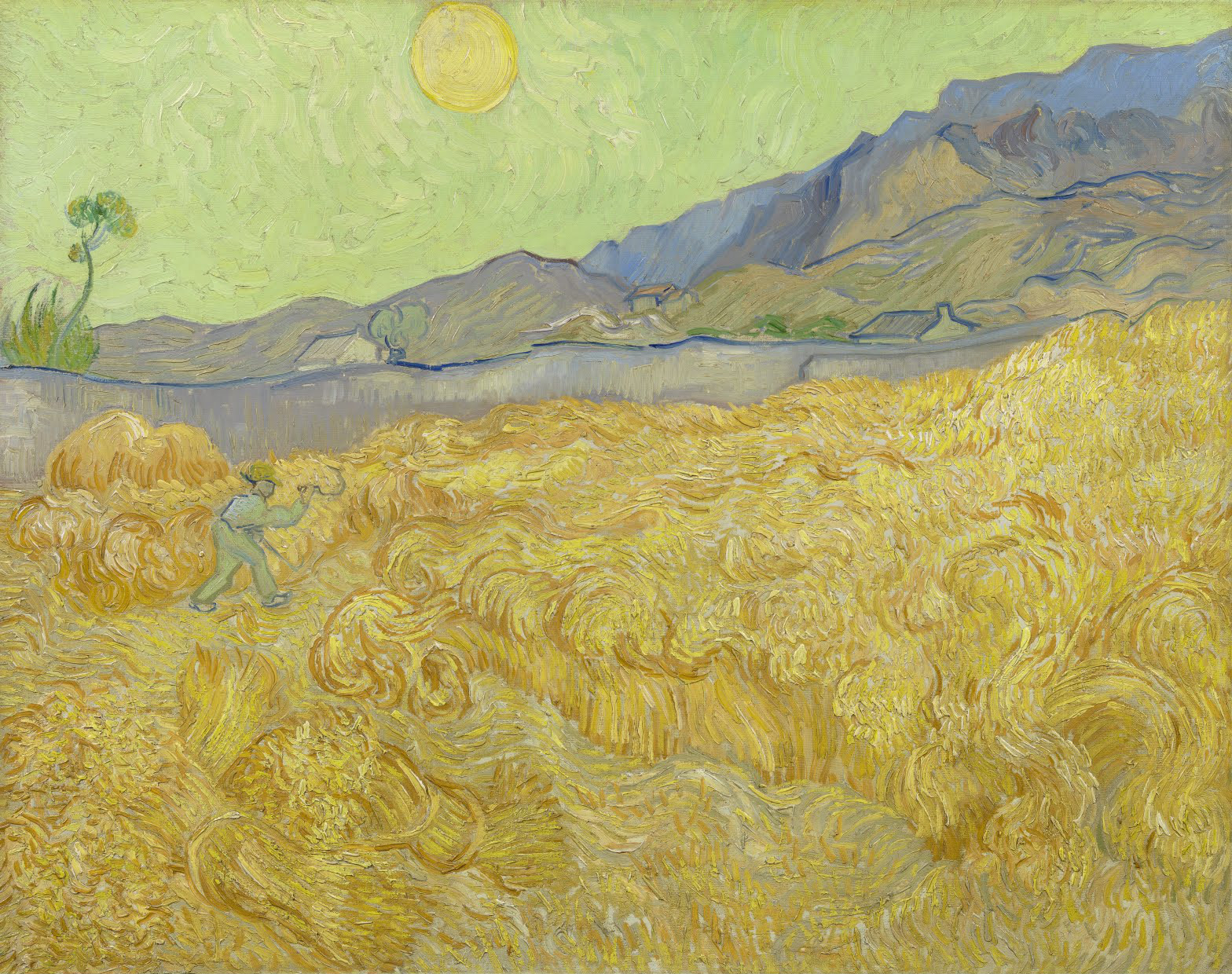