Sigismondo Pandolfo Malatesta (1417-1468) was a member of the House of Malatesta, Lord of Rimini, Captain-General of the Church, condottiero, and patron of the arts. This historical figure is famous for his treachery and criticisms of his contemporaries. He was excommunicated by Pope Pius II, who was jealous of Malatesta's success and pride. He is shown here in profile like an ancient coin, in an "International Gothic" style. His gaze is fixed, and he is handsomely dressed. The geometric lines of the painting stand out from the dark background. 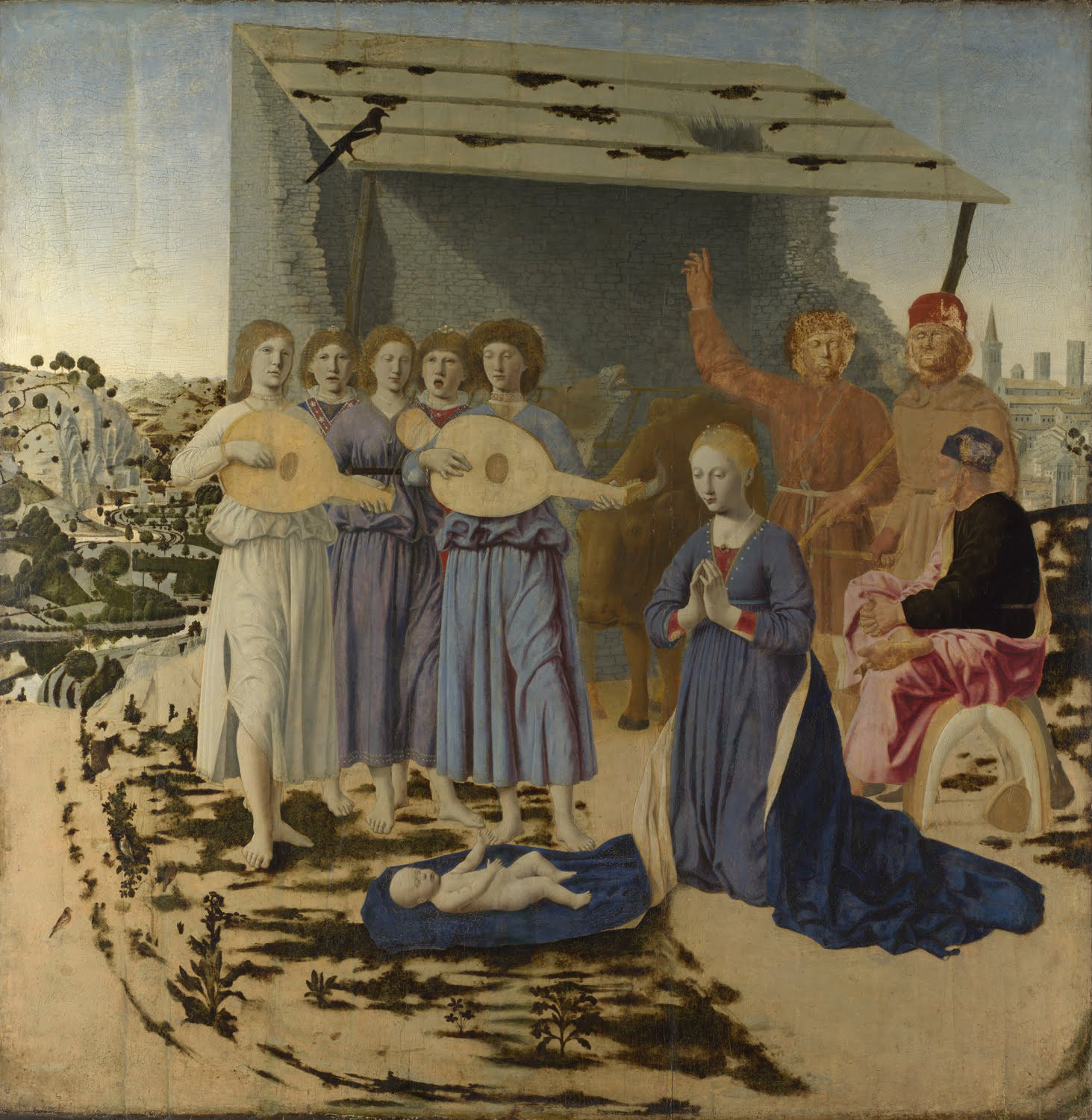 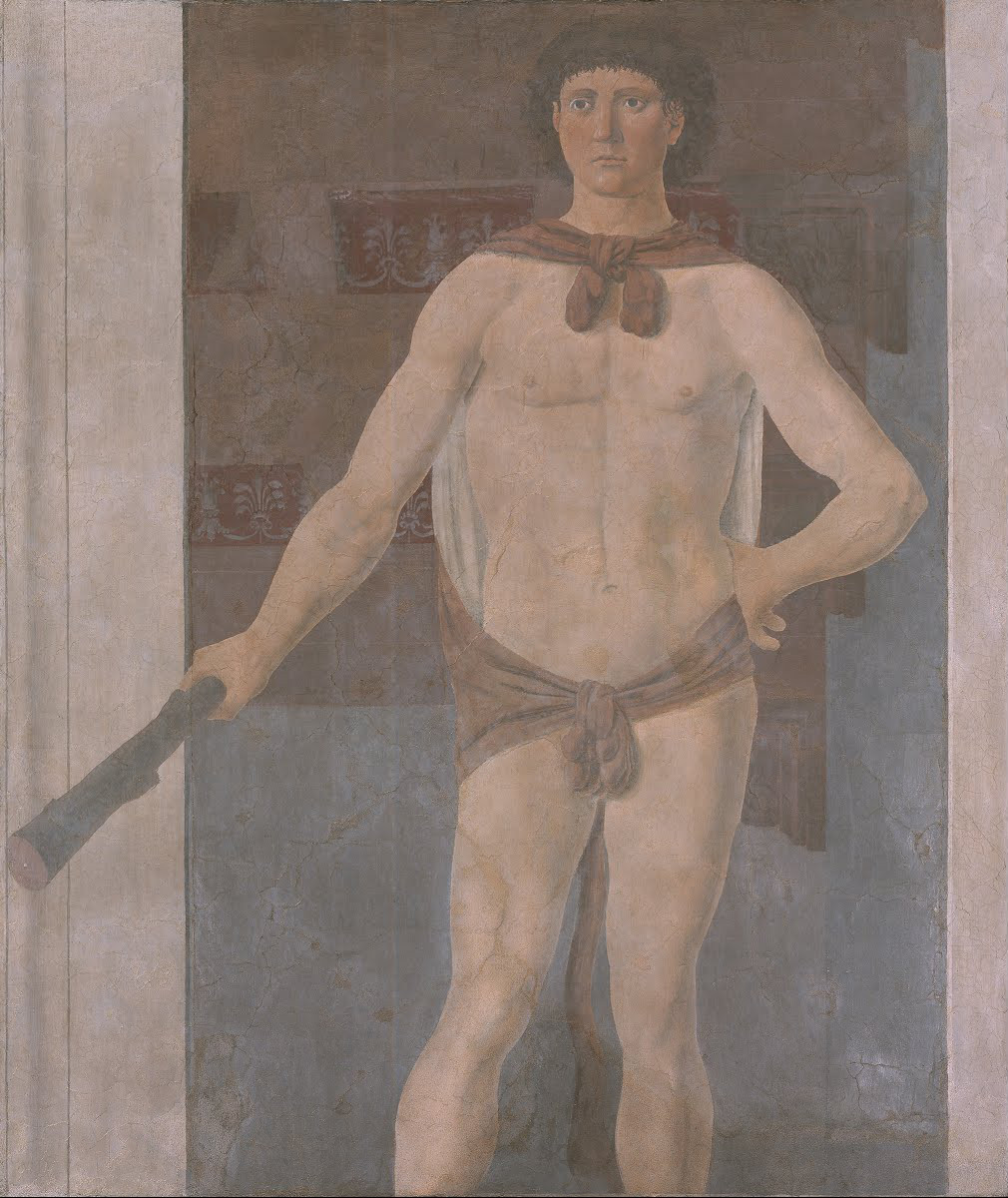