The Blind Leading the Blind, circa1568 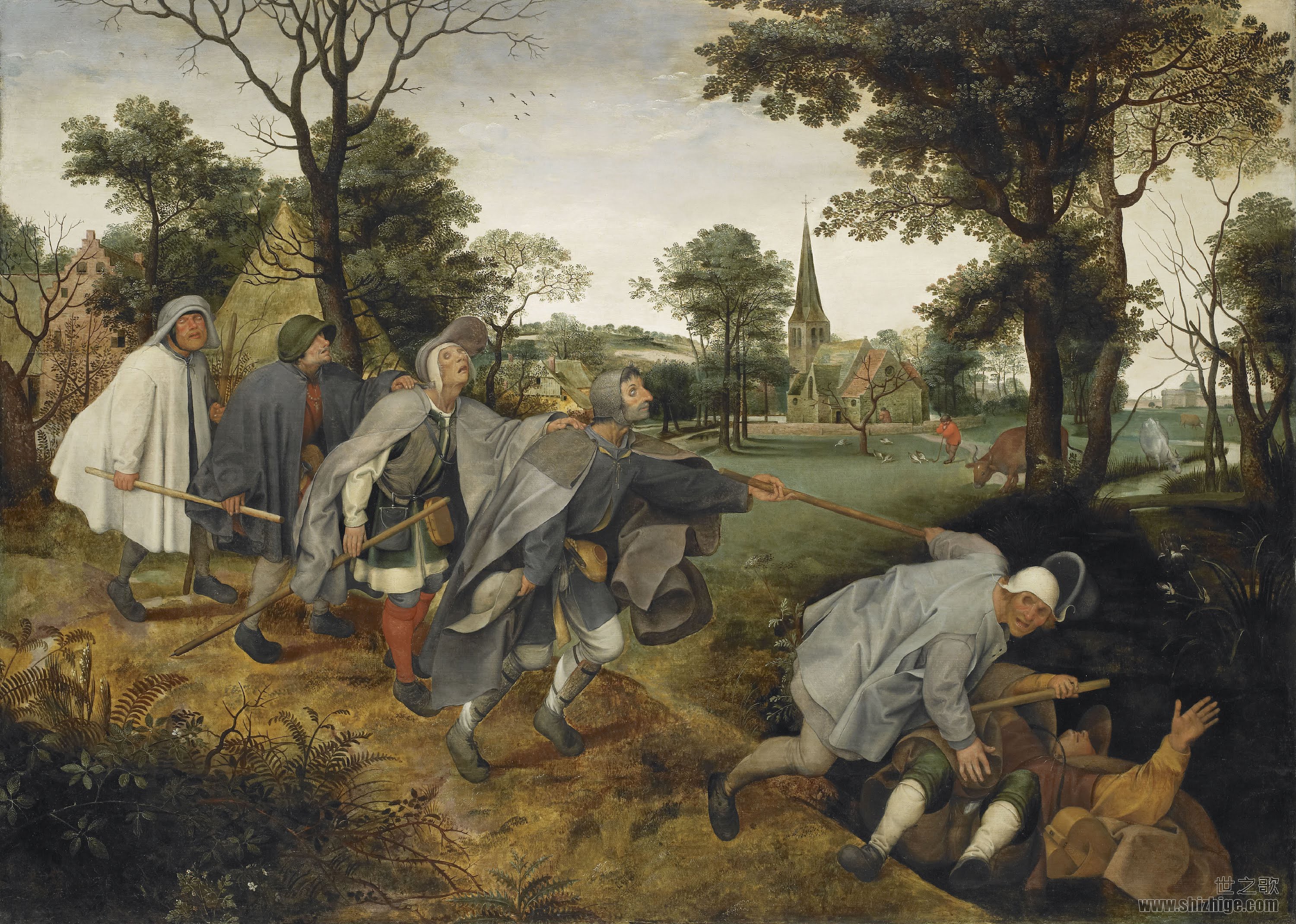 Six blind men walk out of a village in single file. They are all holding each other's shoulders and clutching sticks to avoid getting lost. Yet the first man in the line, who looks just as lackluster as the rest, falls into a ditch, making the second man fall too. And the third man is starting to lose his balance. Are the others further down the line aware of the drama that lies ahead?This painting depicts the different stages of a fall through the body language of several different people. It illustrates a parable told by Jesus in the Gospels of Matthew (15:14), "Let them alone: they be blind leaders of the blind. And if the blind lead the blind, both shall fall into the ditch," and Luke (6:39), "And he spake a parable unto them, Can the blind lead the blind? Shall they not both fall into the ditch?" This religious parable on spiritual blindness was also the inspiration for Bruegel's moral painting "Twelve Flemish Proverbs," which depicts faith and how to live one's life. This message of caution highlights the erroneous approach of those who blindly follow the ideas of others.In Pieter Bruegel's time, the Netherlands was under Spanish rule, and a fierce Protestant vs Catholic struggle between the bourgeoisie and the absolutist state began which would rage on for 80 years, creating a climate of deep mistrust and instability.This painting is an old copy of the original kept in Naples at the Museo Nazionale di Capodimonte. The Louvre's copy is in a better condition: its colors are warmer and brighter, and it has retained some of the details that the original has lost, making it just as precious. We see animals such as cows and geese and their keeper. The precipice to the left of the characters in the original has also been replaced here by a thicket. 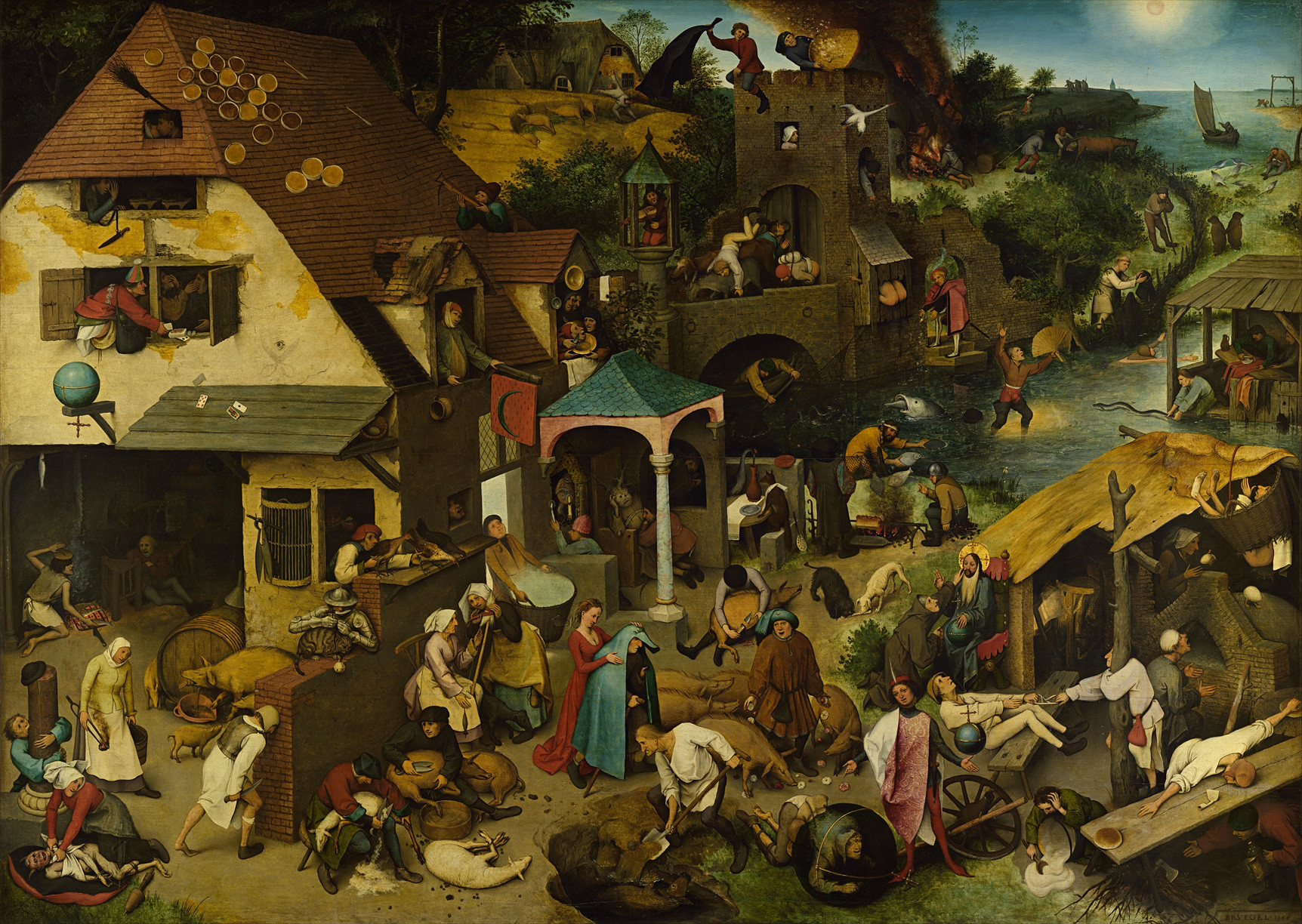 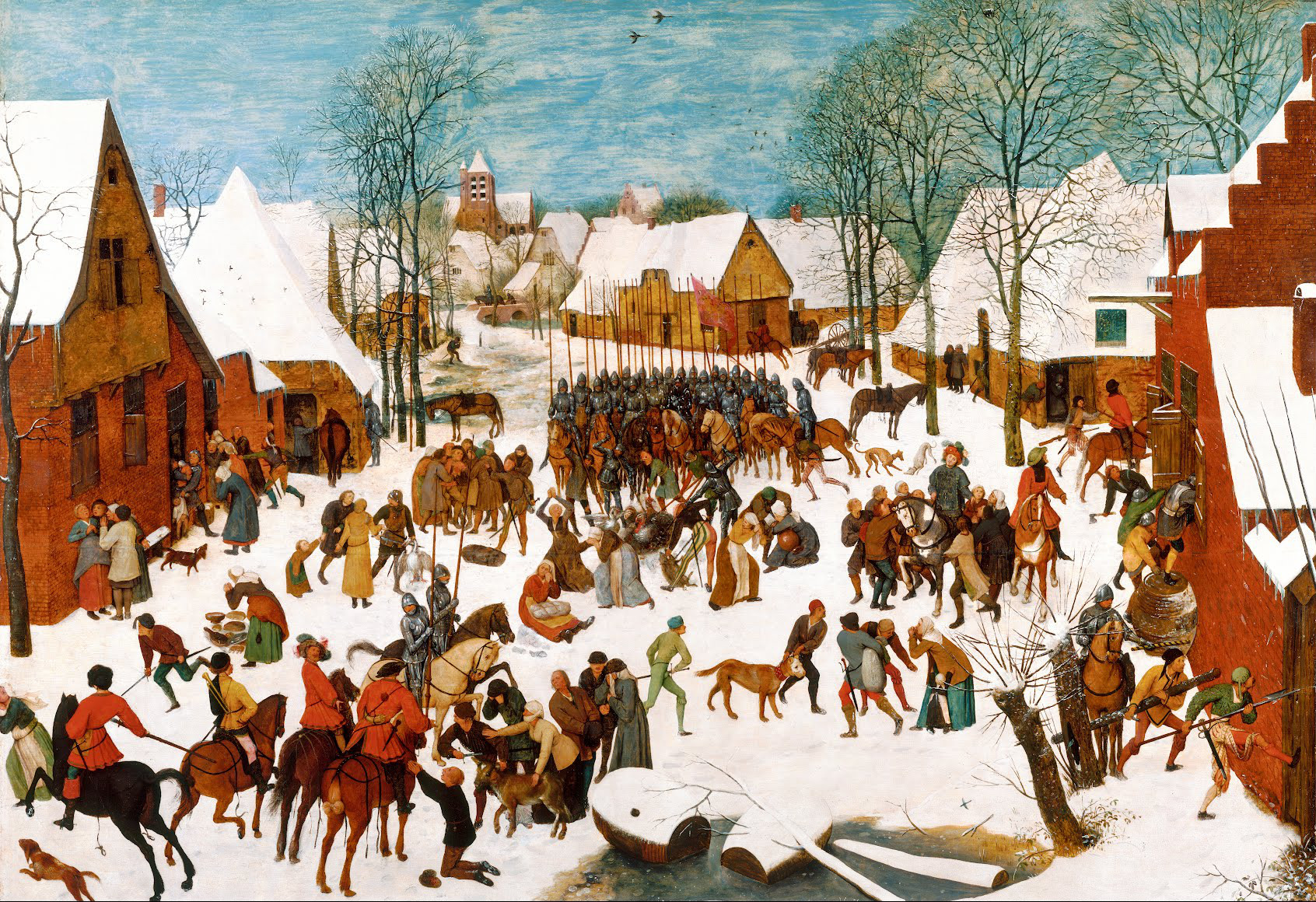