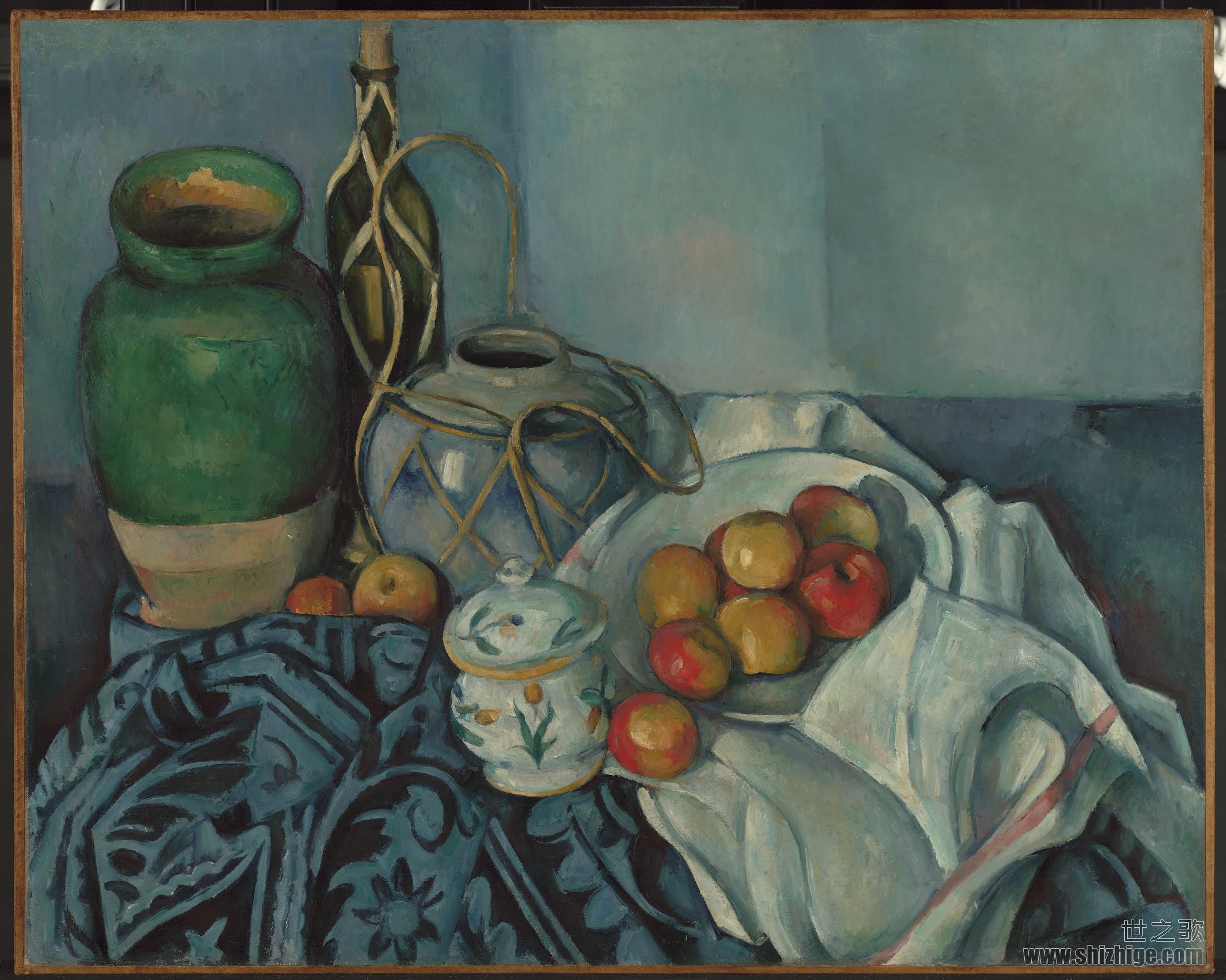 During the last thirty years of his life, Paul Cézanne painted the same objects--the green vase, the rum bottle, the ginger pot, and the apples--over and over again. His interest was not in the objects themselves but in using them to experiment with shape, color, and lighting. He arranged his still lifes so that everything locked together. Edges of objects run into each other; for example, a black arabesque seemingly escapes from the blue cloth to capture an apple in the center; the sinuous curves of the blue ginger pot's rattan straps merge with other straps on the body of the bottle behind. Giving form and mass to objects through the juxtaposition of brushstrokes and carefully balanced colors and textures, he gave the painting a sense of comforting stability. 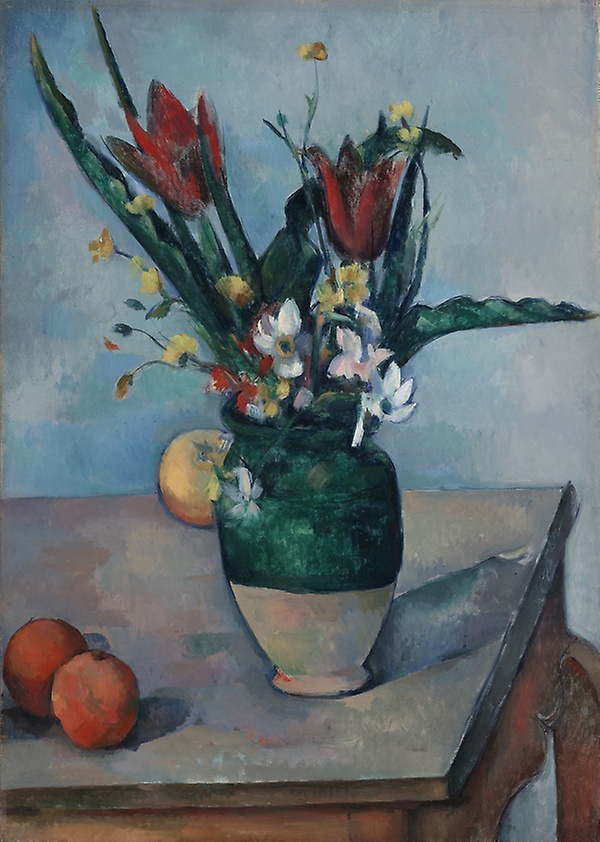 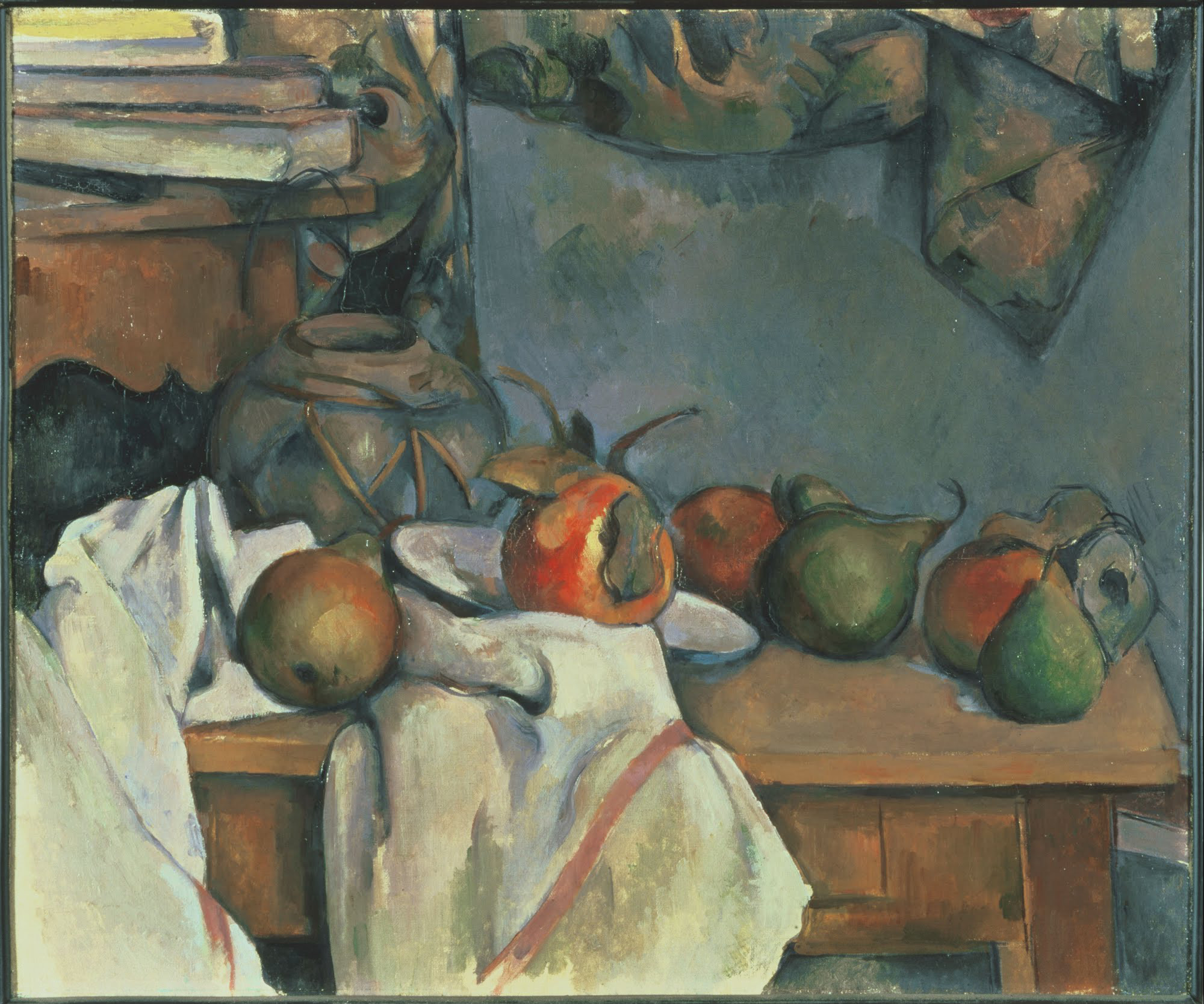